The revival of sanpietrini cobblestones

With their quadrangular top, rough-hewn 10 cm sides worked one by one, a thickness of between 12 and 18 cm and a cross-section similar to that of a truncated pyramid, sanpietrini cobblestones are the orderly, black, shiny geometric multitude that paves the streets of Rome. Planted in an installation bed like never-ending rows of teeth, these are what actually give the city’s streets their unmistakable look and represent the identity of the place. They were extracted from quarries on the outskirts of the city from deposits of a very particular type of lava stone only found in the Lazio Region, called Leucitite.

First introduced by Pope Sixtus V in 1585 as an innovative solution to enable carriages to transit across Piazza San Pietro more easily, they then started to spread throughout the city under their local name, sanpietrini, a reminder of their first experimental application. The various Popes that followed gradually standardised the materials, procedures, systems and stratigraphic installation layouts, as well as the skills required of those that actually installed the cobblestones, and perfected them along the way while closely supervising the quality of the work.

THE COBBLED STREETS OF TODAY

A lot of things have changed between 1585 and now. Transit loads are completely different in terms of entity, frequency and speed: from the carriages we have moved on to the innumerable buses and tourist coaches, along with the city’s normal traffic.

The way the cobbles are cleaned and maintained are also different to yesteryear, and the condition of cobbled streets is monitored less closely than before. As a result, there are deformations and instability of the most stressed streets and roads, which often have hollows or cobblestones that have become completely detached. The consequence is that the safety of vehicles and people is being put at risk, even when timely maintenance and repair work is carried out.

FROM TRADITION TO INNOVATION: A SOLUTION THAT FOCUSES ON DURABILITY

If we take a look around at the roads and streets in our cities, we could be led to think that cobblestones are no longer compatible with the current needs of road users.

But does this mean giving up using cobbled roads and streets, a symbol of the city of Rome? Absolutely not.

If, on the one hand, the rhythm of modern life has made it necessary to look at cobblestones from a different perspective, on the other hand the solution is that traditional techniques, a precious and centuries-long tradition of the area, need to be preserved but allow new technology in substrates and grouting to combat the problem of stresses on cobbled streets and make a significant improvement to their durability.

A view of Largo Magnanapoli after completion of the works that made use of MAPESTONE TFB 60 to install the stone. The joints were grouted with MAPESTONE PFS PCC2. 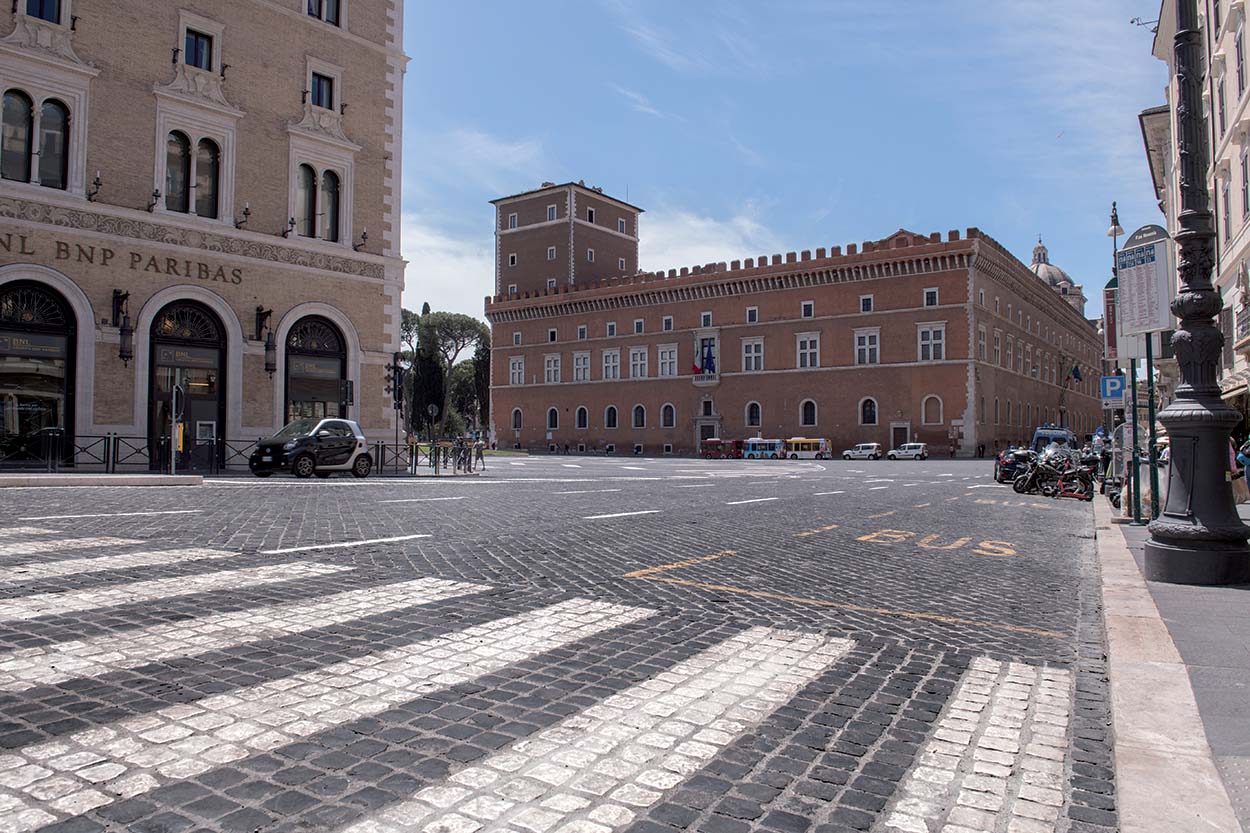 The “green” pedestrian crossing in Via Battisti made from black sanpietrini cobblestones and white travertine. 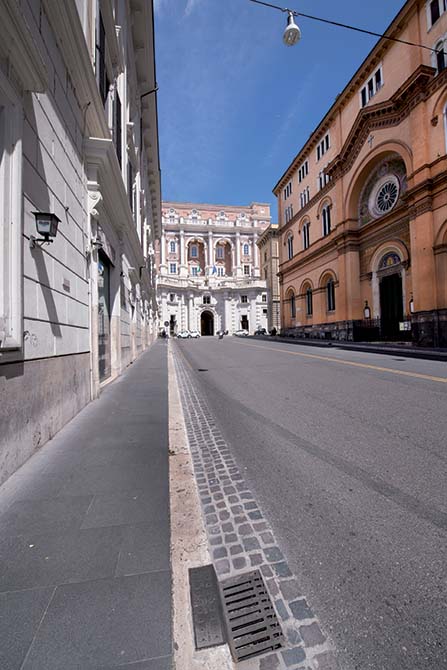 Apart from being firmly embedded right up to the edge of the paving, the gutters were installed in such a way that they provided a sound housing for the drain covers for the rainwater to flow into.

Via IV Novembre and Largo Magnanapoli are an important stretch of road and intersection for vehicles heading towards the heart of the city. Even though they are in a restricted traffic zone, and access for private vehicles is limited, the majority of buses and tourist coaches have to pass through here. On an average day, this stretch is used by 1626 buses besides plenty of turistic coaches.

Also, because of the direction the road follows, the stresses on the paving is even more significant: it is on a steep slope and the roundabout at Largo Magnanapoli and the ninety degree bend that then goes towards Via Cesare Battisti amplify the levels of stress loads when vehicles have to brake, accelerate and turn. So it comes as no surprise that the cobblestone paving made from cubes of Trentino porphyry dating back to the 1950’s are in very poor condition, which is a danger to both vehicles and pedestrians.

It was this condition that was behind an important regeneration plan drafted by technicians of the SIMU (Infrastructure Development and Maintenance Department – Rome City Council) aimed at fulfilling two objectives, which, at first glance, would seem incompatible: to adopt a highly durable technical solution compatible with the enormous stresses along this highly-trafficked route, while at the same time give back to the city the importance and value of cobblestone paving and promote the traditions and indications of the “sanpietrini Cobblestones Plan” (to asphalt Via IV Novembre, apart from the stone gutters, and re-use the existing porphyry cubes and cobblestones, with the same work in Largo Magnanapoli and Via Cesare Battisti).

Thanks to several field tests that were carried out, a sequence of steps was defined to find a suitable technical solution for this type of road using, for the first time, the MAPESTONE SYSTEM.

Specifically developed for installing cost-effective, durable stone urban paving, the MAPESTONE system includes products in exposure class XF4 and complies with the requirements of Italian standard UNI 11714-1:2018 and European standard EN 206-1. Stone road surfaces installed using this system will only require maintenance work after a certain number of years because they are resistant to freeze-thaw cycles, de-icing salts and rain, and the mortars used do not tend to crumble and maintain their properties over the years. They also have the capacity to absorb mechanical loads and stresses caused by the passage of vehicles, including heavy goods vehicles, and dangerous hollows caused by structural subsidence do not appear on the surface.

To install the stones cubes, which on average were around 5 cm thick, the product used was MAPESTONE TFB 60 ready-mixed mortar, while the joints (5 mm wide on average) were grouted with MAPESTONE PFS PCC2, a ready-mixed mortar with low modulus of elasticity for grouting architectural paving made up of slabs, blocks and cobblestones.

Particular care was taken with the gutters, an embroidered-like pattern at each side of the road consisting of five rows of stones parallel to the pavement: apart from being firmly embedded right up to the edge of the paving, they were installed in such a way that they provided a, sound, presentable housing for the drain covers for the rainwater to flow into.

Once the performance characteristics of the products had been checked, by taking part of the mix from site and testing its mechanical properties in compliance with current standards, the same technical solution was then extended to cover a wider area and exposed to the more intense traffic of Largo Magnanapoli and Via Cesare Battisti.

Using MAPESTONE TFB 60, supplied in bulk quantities in silos, allowed substrates in varying thicknesses to be created, helping blend in any differences in the thickness of the road slab and the stone blocks, without affecting the continuity and flatness of the road. MAPESTONE PFS PCC2 grout was chosen with the aim of enhancing the look of the stones and emphasise the role paid by the paving in the overall pattern and the stone urban fabric of the city.  The grout has also been chosen to obtain a perfect balance in colour between the cobblestones, porphyry and grout.

The paving was warmly received and approved by the Local Heritage Authority, which had also been involved during the design stage to help identify the most favourable path to follow in the search for a new style and perception of stone in Rome, the city of stone. 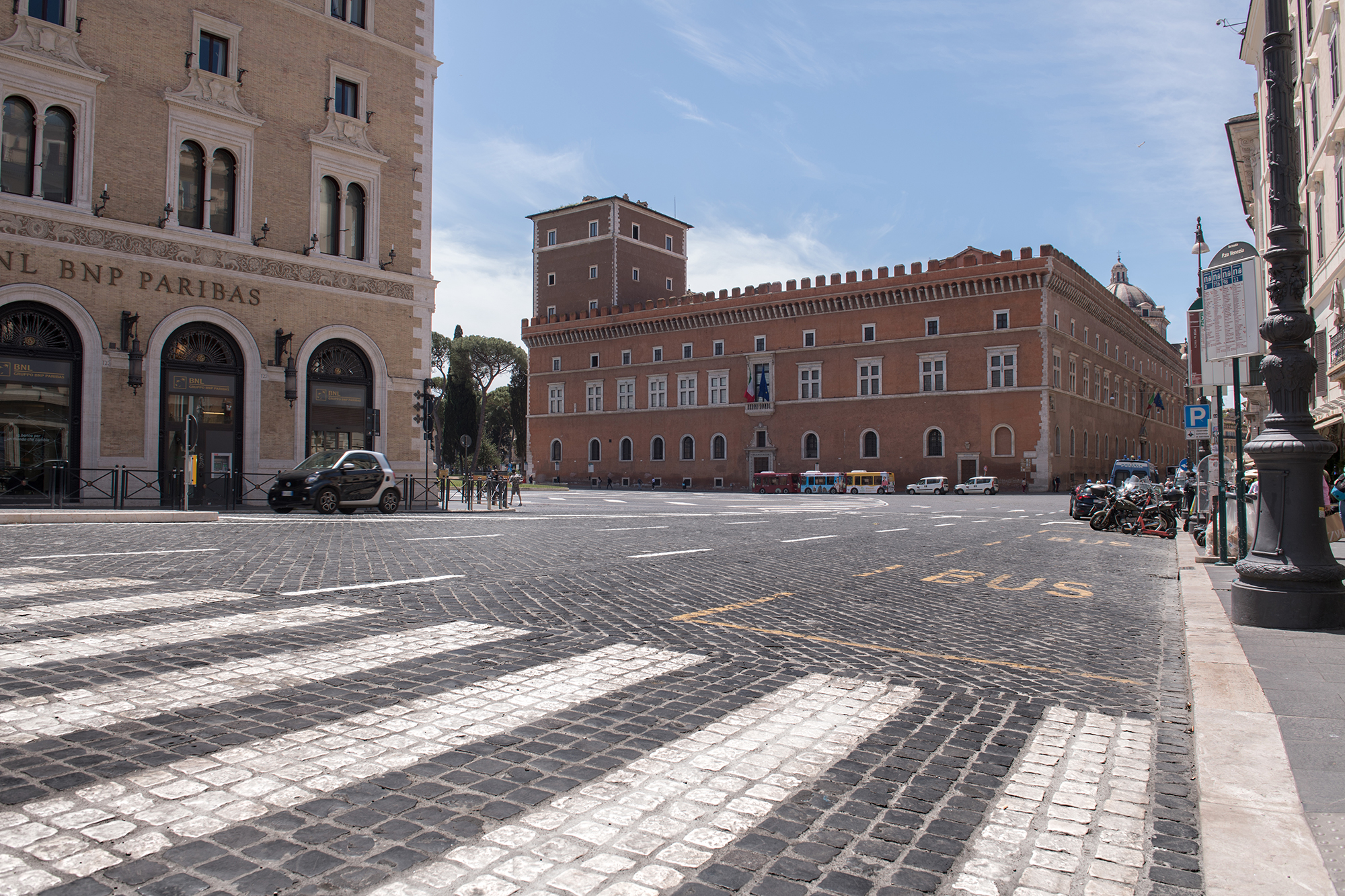 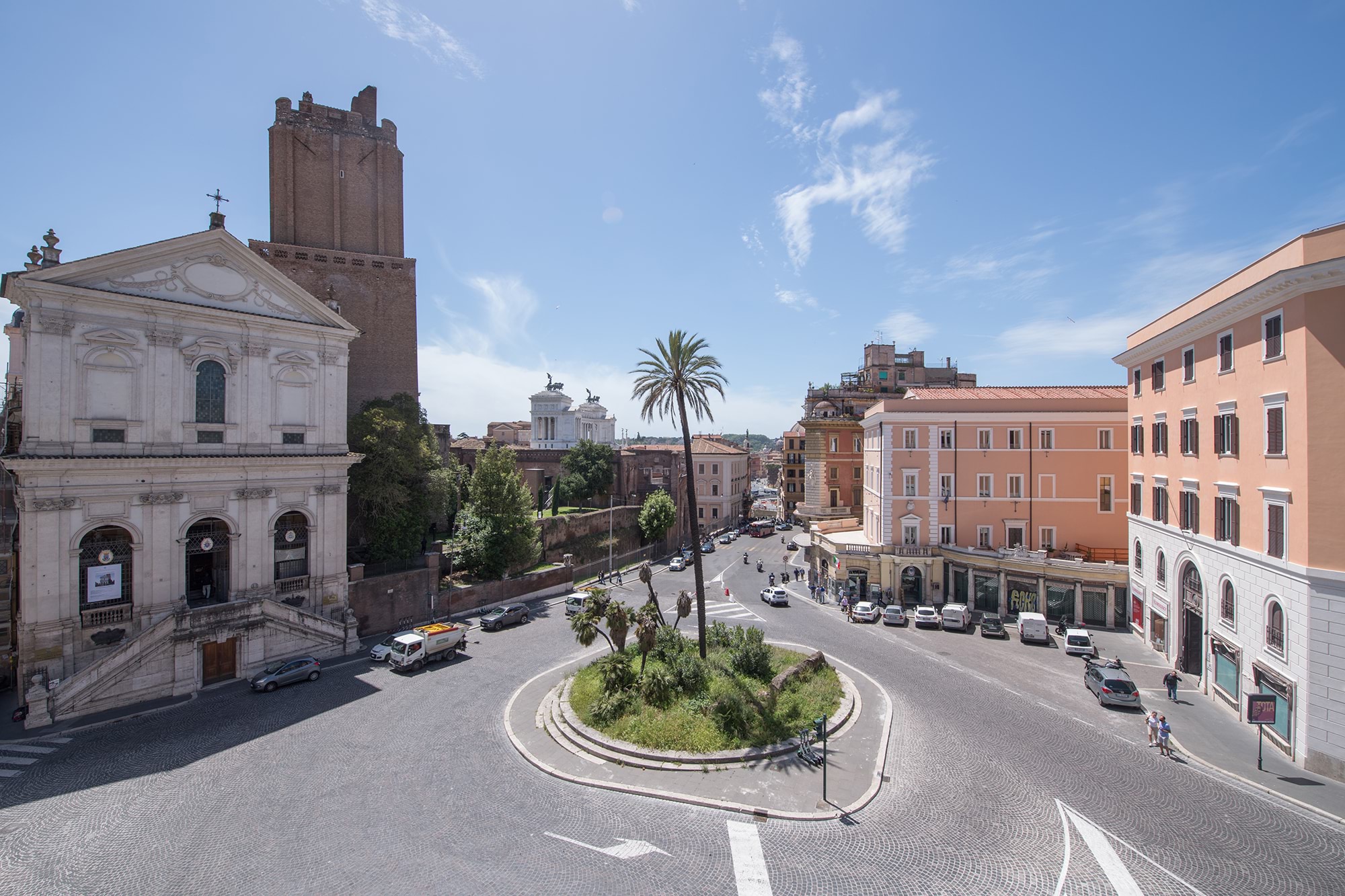 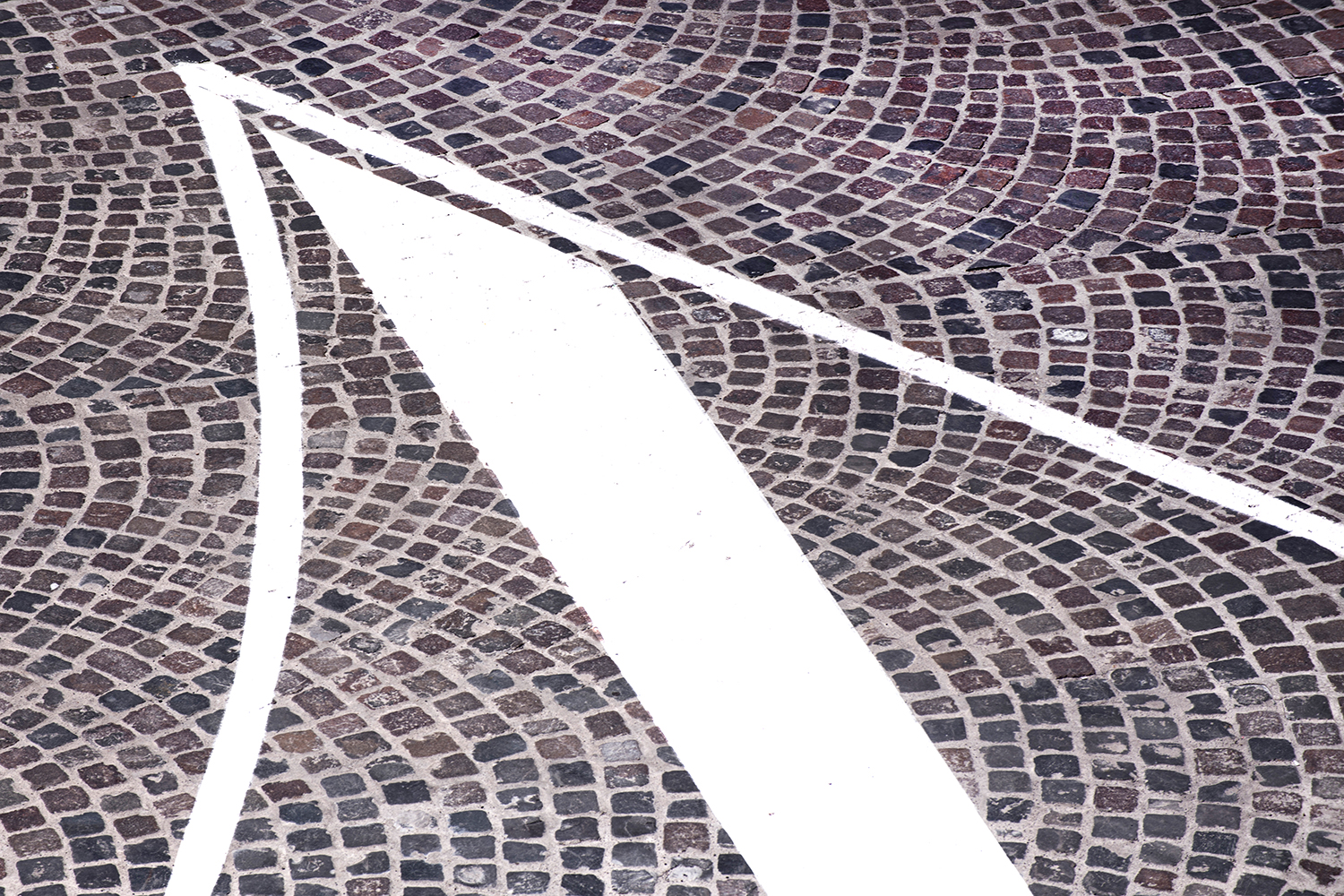 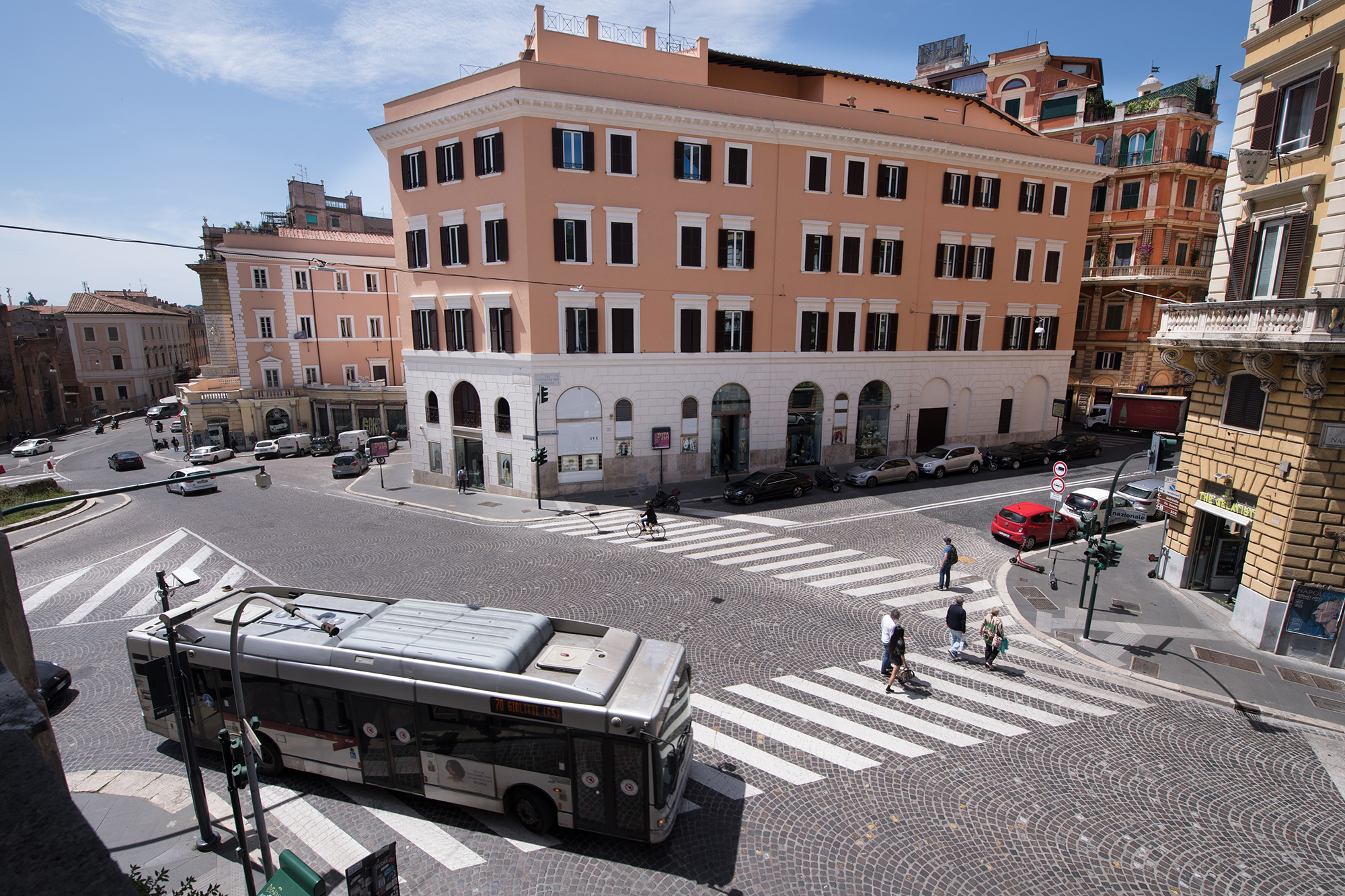 Conservative renovation and restoration of the Madonna di Pompei Oratory

Mapei technology and systems for the conservative renovation and restoration of this place of worship.

A complete range of products for stone architectural floors.

Creative use of coatings for new spaces dedicated to sport and sociability.

Creative use of coatings for new spaces dedicated to sport and sociability.

We spoke with the landscape architect, Franco Giorgetta. 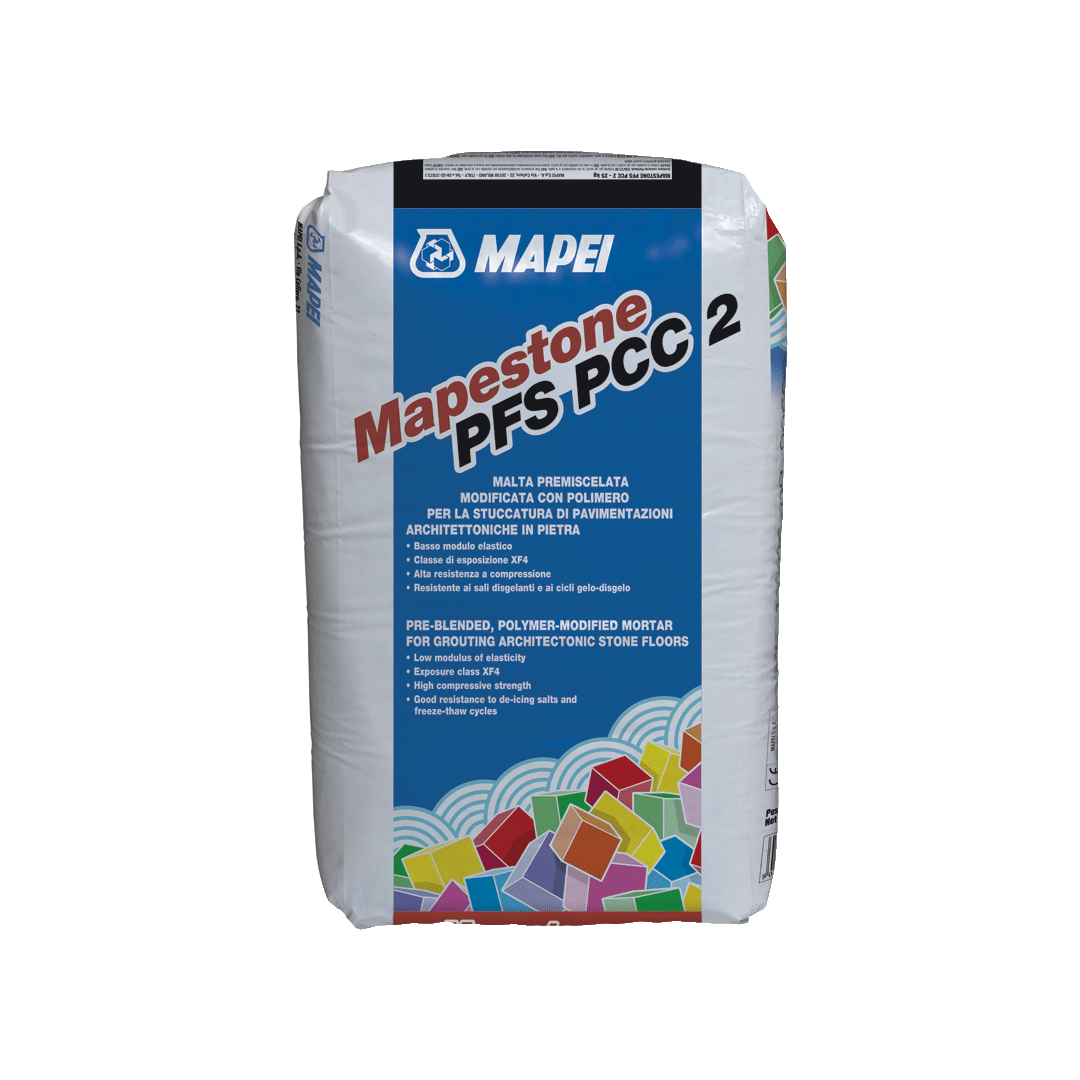 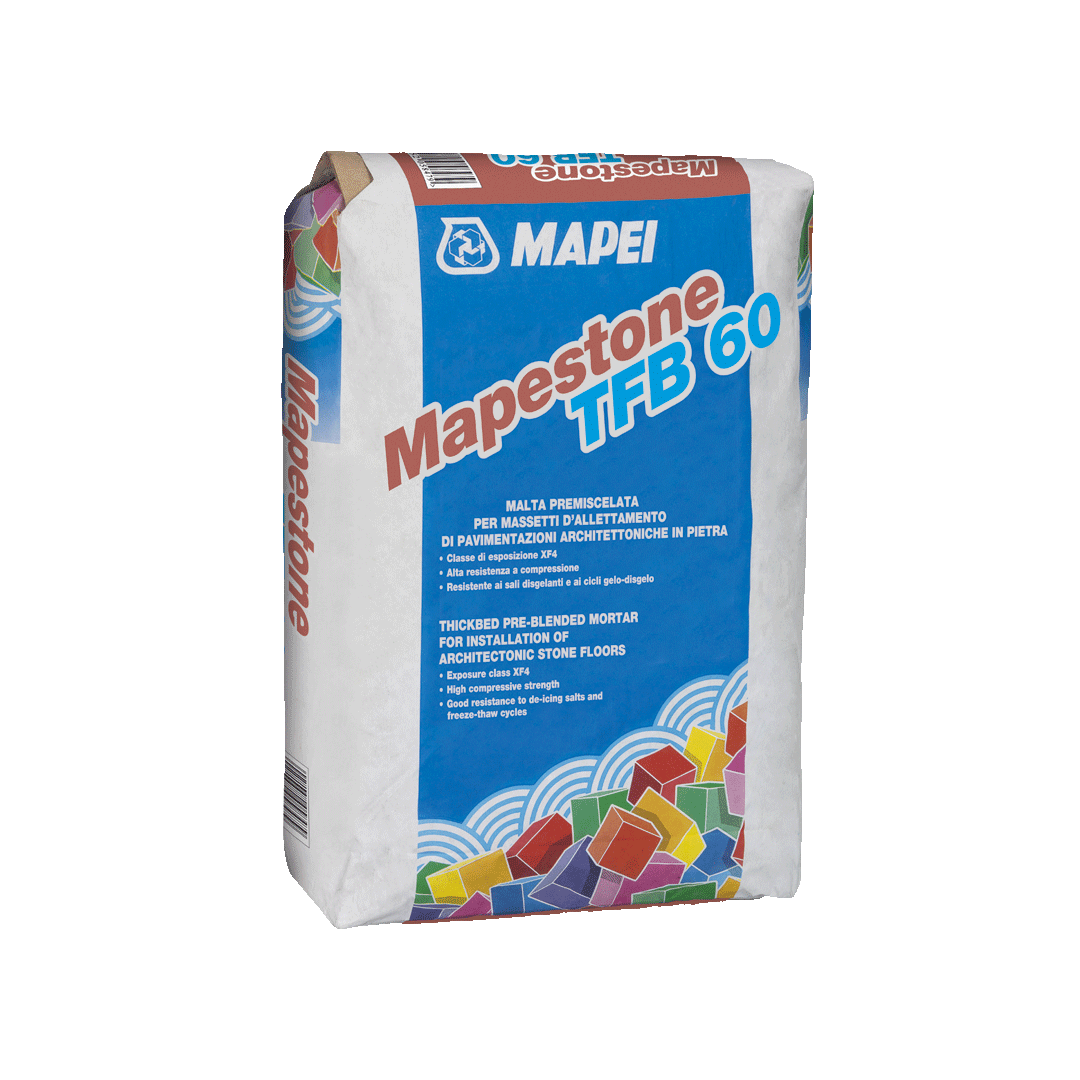