, Head of the Mobility Department for Udine City Council, and Head of Works for the Redevelopment of Via Aquileia

Beauty and innovation to enhance the old city

Interview with Cristina Croppo, Head of the Mobility Department for Udine City Council, and Head of Works for the Redevelopment of Via Aquileia.

What challenge or challenges did you have to face during this project?

The aim of the City Council was to redevelop the urban landscape and create an area with durable, high quality paving capable of resisting traffic over the years, but it had to be in stone and as much of the old porphyry as possible that was still intact had to be reused.

So really there were three challenges, not just one: to create a road in stone that would be capable of withstanding the city traffic, including buses and lorries, that passes through every day, that had a high level of durability and, lastly, to not waste such any of the precious stone blocks that could be reused, thereby cutting down on the amount of material sent for landfill: the porphyry blocks that formed the old paving in Via Aquileia.

What is the most original or distinctive feature of this project?

There are two distinctive features, both of which were driven by the attention we placed on environmental and economic sustainability which, in turn, also impacts on social sustainability.

The first distinctive feature is the amount of porphyry we managed to recover, around 70% of the old blocks, which had to be scarified, cleaned and then tumbled one by one before they could be installed for the new paving.

The second feature, which is also closely connected to the first one, was the decision to create elastic, pervious paving using such an innovative, high performance and safe installation system, in this case MAPESTONE JOINT polyurethane binder.

Why was it decided to opt for elastic, pervious paving?

The decision to create elastic, pervious paving was the best solution to achieve the aim of having non-rigid paving, a solution that had some interesting benefits, which included not having to create expansion joints. Since the entire paving is flexible, it has a better response to temperature variations and mechanical loads and stresses. It also allows gases to filter through so, if there is a gas leak, it will be much easier to localise the exact point of the leak and to repair it and, as a result, put utilities back into service more promptly.

What does it mean for the city of Udine to have stone paving?

Stone paving in a city like this, but also in the majority of European cities and towns characterised by their valuable urban centres, is a historical feature that needs to be safeguarded and exalted because of the prestige and value it adds to the old city centre.

It also communicates the idea of care, attention, beauty, tidiness and cleanliness. 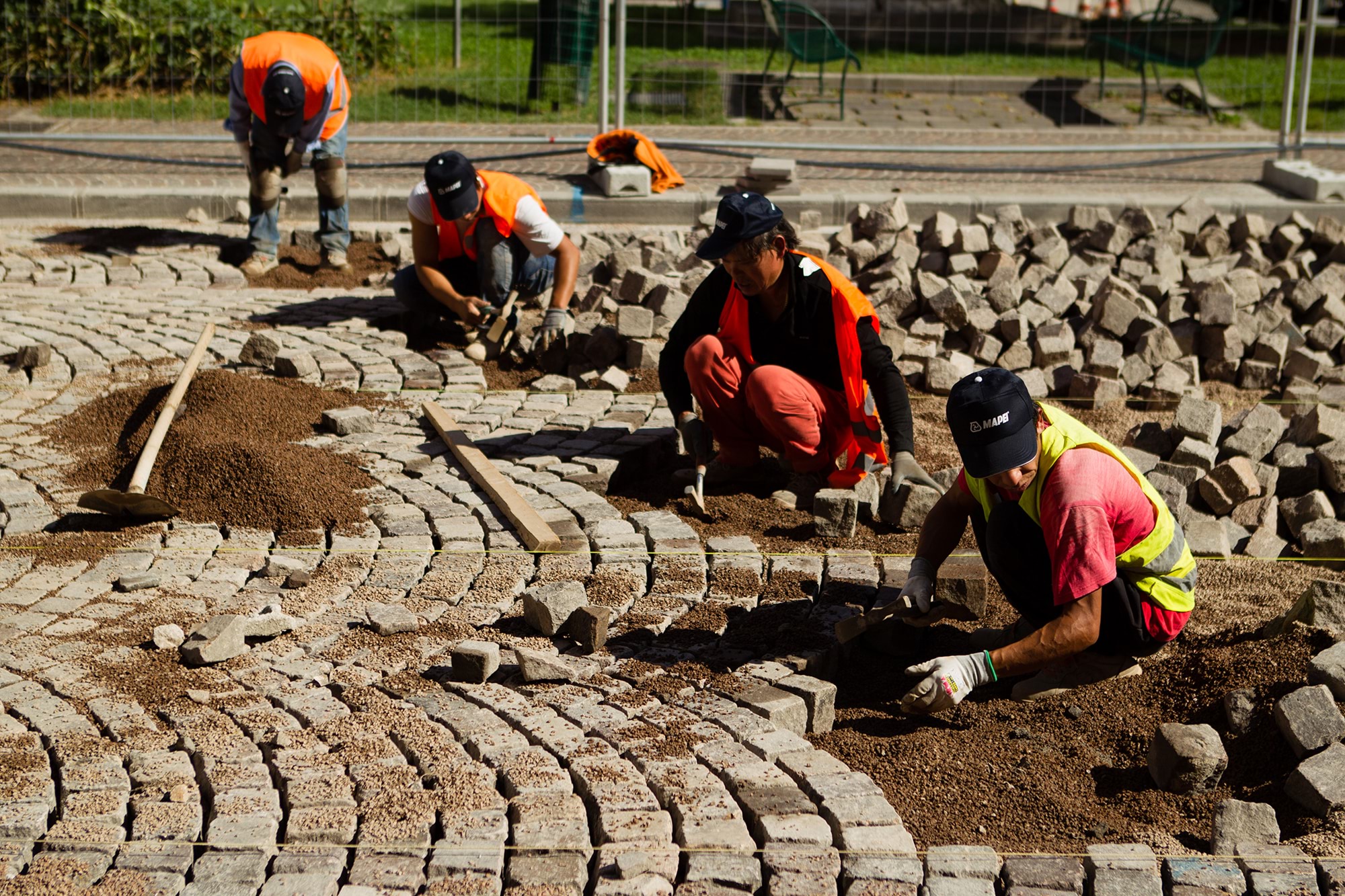 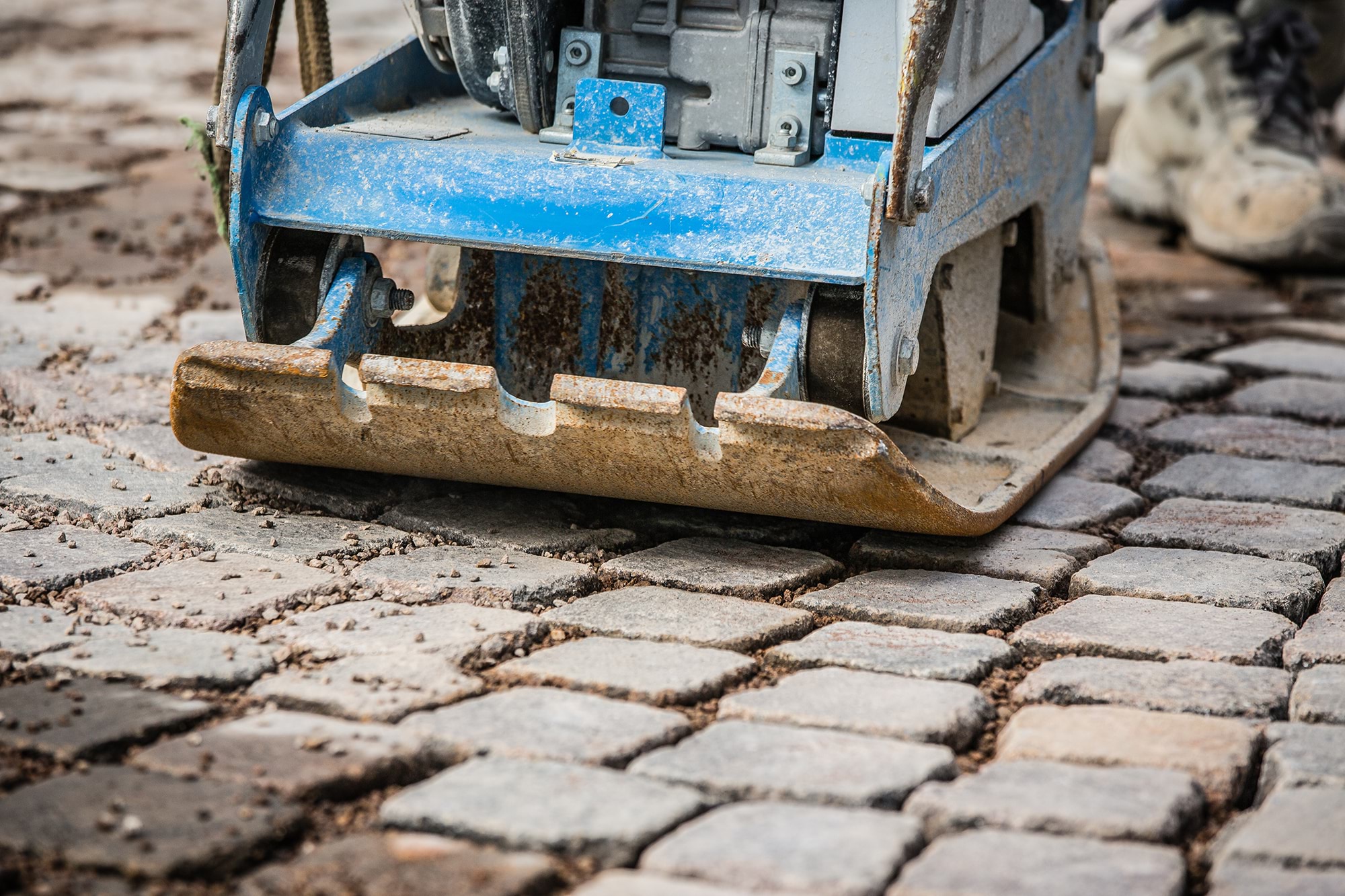 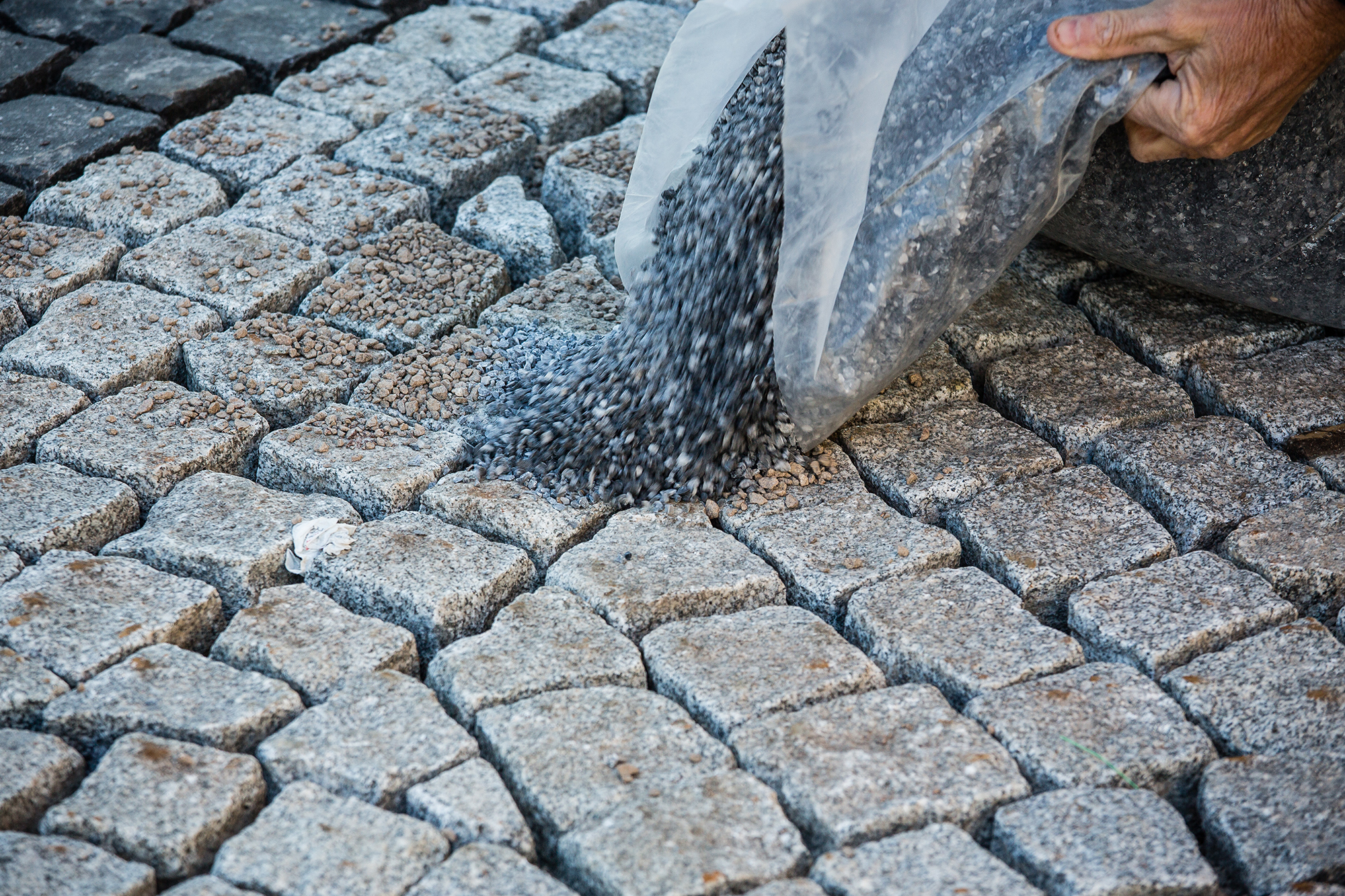 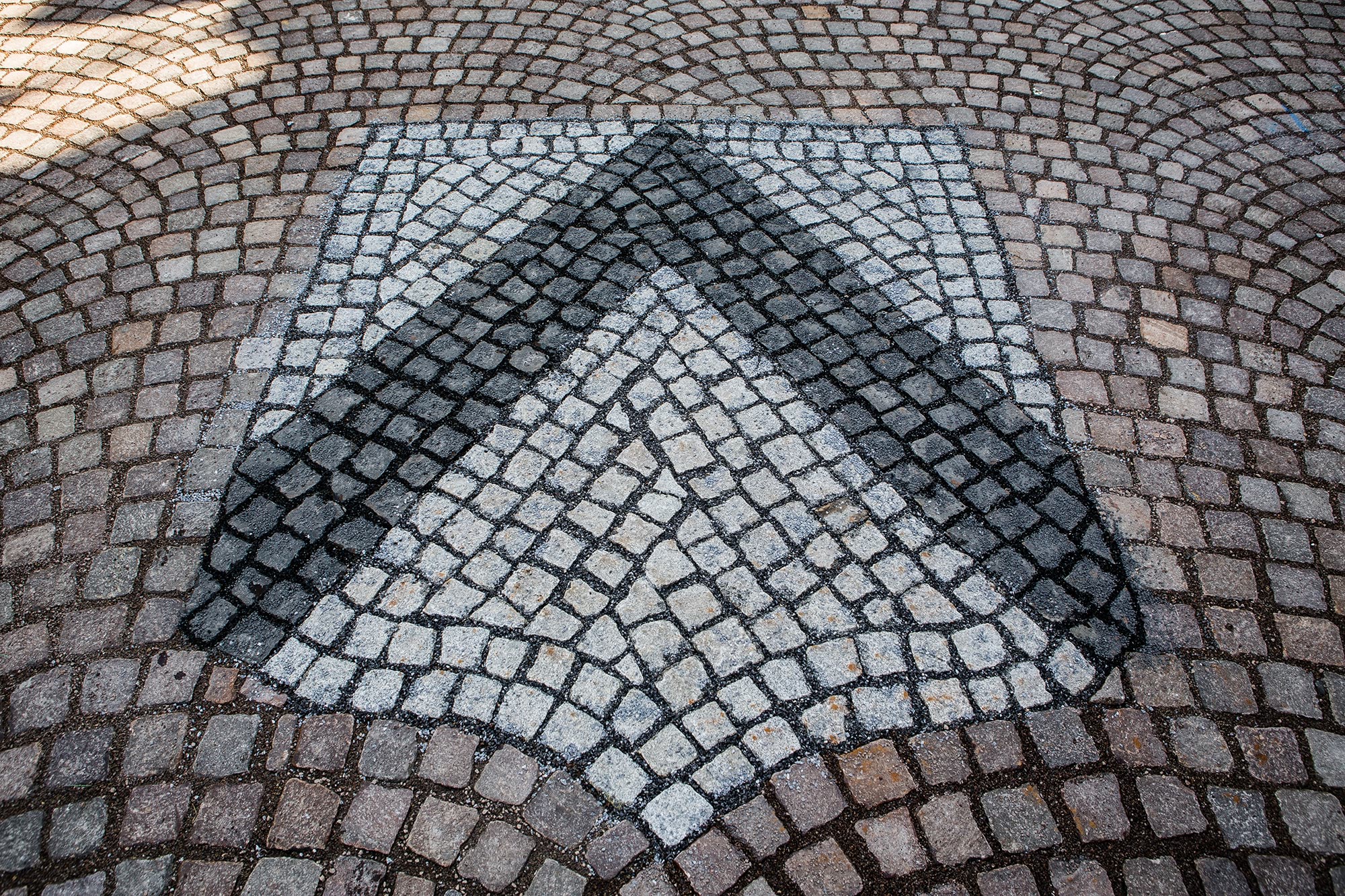 A new paving incorporating the city's coat of arms

Durability, urban design, and sustainability to resurface the porphyry roads in the city centre.